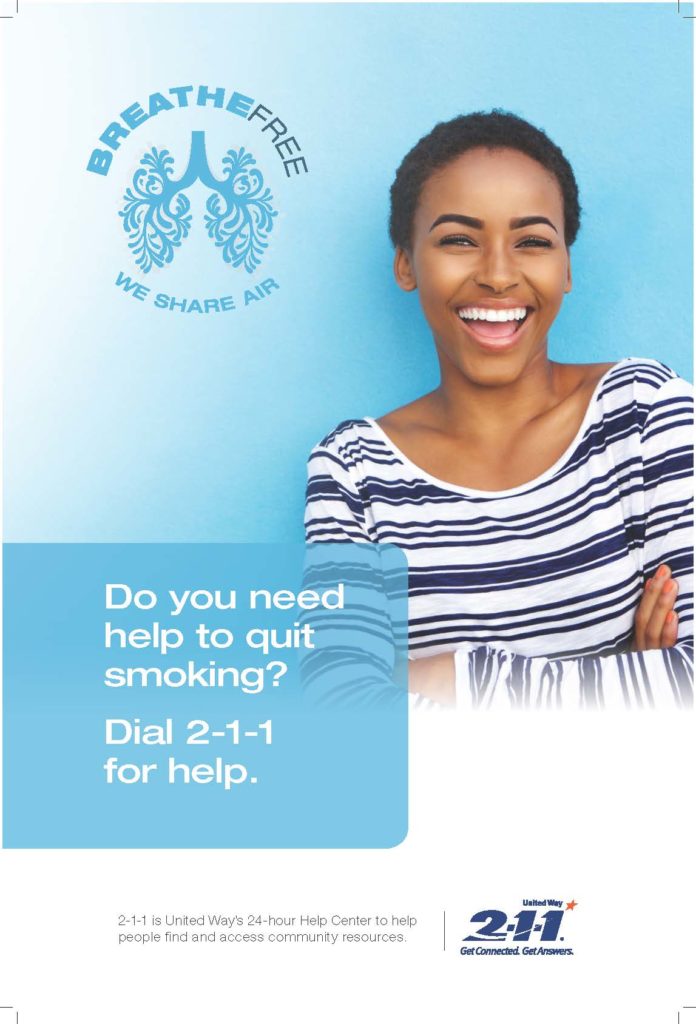 Breathe Free: We Share Air is working with community residents and organizations in three Greater Cleveland neighborhoods to change the conversation around smoking in homes and neighborhoods. The project is launching a series of bus ads as well as radio spots that feature community residents discussing their own experience with tobacco use and the challenges involved with quitting.

A demonstration project funded by the Ohio Department of Health, Breathe Free is focused on the Cleveland neighborhoods of Glenville and South Collinwood and the city of East Cleveland. In November, Breathe Free launched the first of three work phases, a community-level, resident-informed media messaging campaign to raise awareness of the dangers of tobacco and encourage smoking cessation.

The messaging campaign consists of interior bus ads, which will run on buses throughout the city for a total of four weeks. In addition, the campaign is running two radio ads for three weeks on three different stations. Every bus and radio message directs the reader or listener to United Way’s 2-1-1 First Call for Help, which will refer the individual to tobacco cessation resources such as SmokefreeTXT, quitSTART, and the QuitLine. The radio ads are particularly effective, because they feature members of the resident team discussing their own nicotine addiction. The bus ads feature the Centers for Disease Control and Prevention’s (CDC) Tips from a Former Smoker campaign but modified with the CDC’s permission to include local United Way 2-1-1 information.

When this media messaging campaign concludes, the Breathe Free team will collect survey data from community members in the three pilot communities to measure awareness of the campaign, changes in actual tobacco use, and participants’ risk perceptions of tobacco use and smoke exposure. Survey participants will come from the pre-identified churches, daycare centers, and libraries that have agreed to participate in the study. Principal Investigator Erika Trapl, PhD, notes that Breathe Free’s resident team approach has the potential to increase smoke-free policies at local institutions and facilitate dissemination of the cessation resources to key constituents.  She adds, “The value of this project is the partnership we have developed with the residents in our pilot neighborhoods and in utilizing their community expertise to inform the media campaign, our partnership with United Way’s 2-1-1 call line, and selection of partner organizations.”