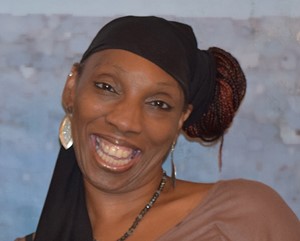 PRCHN Community Health Ambassador Delores Collins has been named a National Association of Community Health Workers (NACHW) Ambassador, one of 20 individuals selected nationwide. Ambassadors will act as liaisons between the NACHW and local, state, and regional community health worker networks and associations. This honor recognizes Ms. Collins’ commitment to improving the health of citizens in disproportionately affected neighborhoods and is reflective of her relationship with the PRCHN.

Ms. Collins began her work with the PRCHN in summer 2016, when she participated in the health equity leadership workshop supported by the CDC-funded Racial and Ethnic Approaches to Community Health (REACH) initiative. It was during this training that she first heard the term “Community Health Worker” and realized that she had been one for the past 20 years. In 1993 Ms. Collins was forced to find supportive resources for her children after their father was incarcerated. Identifying the gap in services for children with incarcerated parents was the catalyst for her to found the nonprofit A Vision of Change (AVOC), which implements prevention, intervention, and academic services specifically for young people with an incarcerated parent.

From 2015 to 2018, as part of the REACH initiative at the PRCHN, Ms. Collins served as a community health ambassador where she spearheaded the creation of wraparound services at farmers’ markets and corner stores. Since 2016, Delores has served as a resident stakeholder for the Health Improvement Partnership-Cuyahoga Steering Committee. In the spring of 2017, the PRCHN nominated her to receive a scholarship to participate in Cleveland State University’s inaugural Community Health Worker (CHW) cohort.

Upon completing her CHW training, Ms. Collins created a partnership between Cleveland State’s CHW program and the PRCHN’s Healthy Food Retail program, in which CHWs provided health screenings and nutrition education to residents and patrons at corner stores. In addition, she has participated in presentations at national peer-reviewed conferences and contributed to the narrative of several written pieces. Among these were poster presentations at the November 2018 American Public Health Association (APHA) Community Based Public Health Caucus and the October 2016 APHA Community Based Public Health Caucus, and oral presentations at the Center for Reducing Health Disparities at MetroHealth Medical Center in April 2018 and the PRCHN Network of Community Advisors in January 2017.

Through her work with the PRCHN and beyond, Ms. Collins has established relationships with local community health workers and their formal and informal networks and been an advocate for the development and acceptance of the community health worker role in a changing health care environment. The PRCHN is proud to work with her to help improve the health of citizens in disproportionately impacted situations.

Ms. Collins and the other NACHW Ambassadors will receive training during the 2019 Unity Conference in Las Vegas, Nevada (April 14-17, 2019) which will provide them with the information and skills needed to be successful in their one-year commitment as an Ambassador.