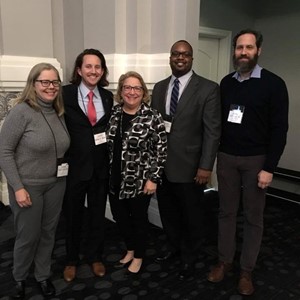 We are delighted to announce that PRCHN Director Elaine Borawski, PhD, has been named one of the American Academy of Health Behavior’s (AAHB) 2017 Fellows. Fellow status in the AAHB is granted in recognition of significant contributions to the field of health behavior research and the advancement of knowledge in health behavior, health education, or health promotion through research, publications, and presentations. The 2017 AAHB Fellows were recognized during the Academy’s Annual Meeting March 4-7, 2018, in Portland, Oregon.